Some of these works were commissioned, including Aquacade, the bronze fountain in the Holly Court, as well as the three marble sculptures of the seasons by Wheeler Williams standing in front of the niches of the original 1916 building. Other works were gifted to the collection, including the lions that flank the west staircase. These lions originally ornamented the Hill Mansion (1898) on Union Avenue in Midtown and were given to the museum in 1979 after the house was demolished. George Rickey’s Two Lines Oblique No. 7 (ca.1968), a superb example of kinetic art outside the original 1916 entrance, was a gift of Art Today, a contemporary art support group. The bronze birdbath, by Edith Barretto Parsons, was donated to the museum in 1922 and was one of the first objects to enter into the collection. Among the most recent additions to your collection at the Brooks is the massive Memphis Portal by William Paley. 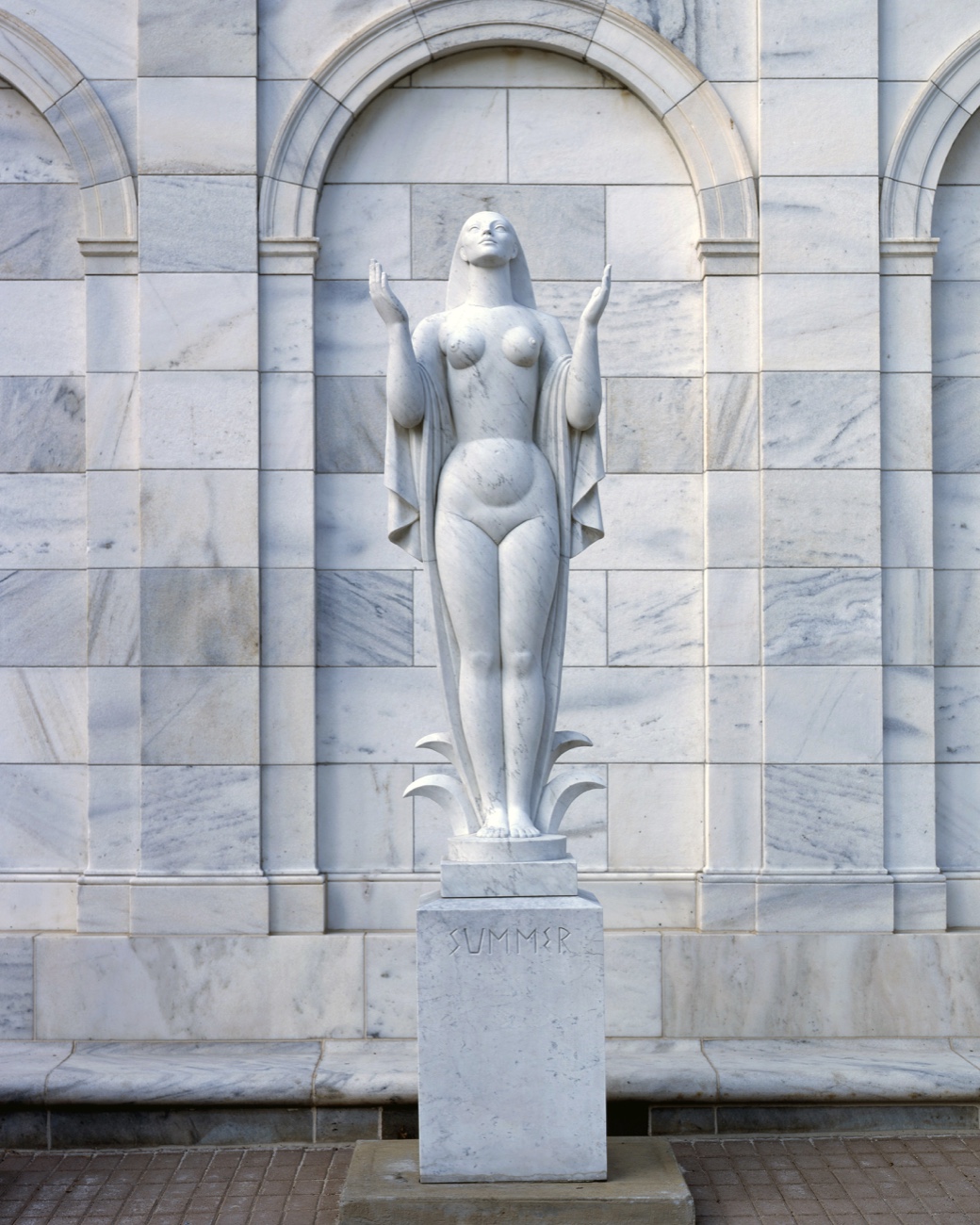