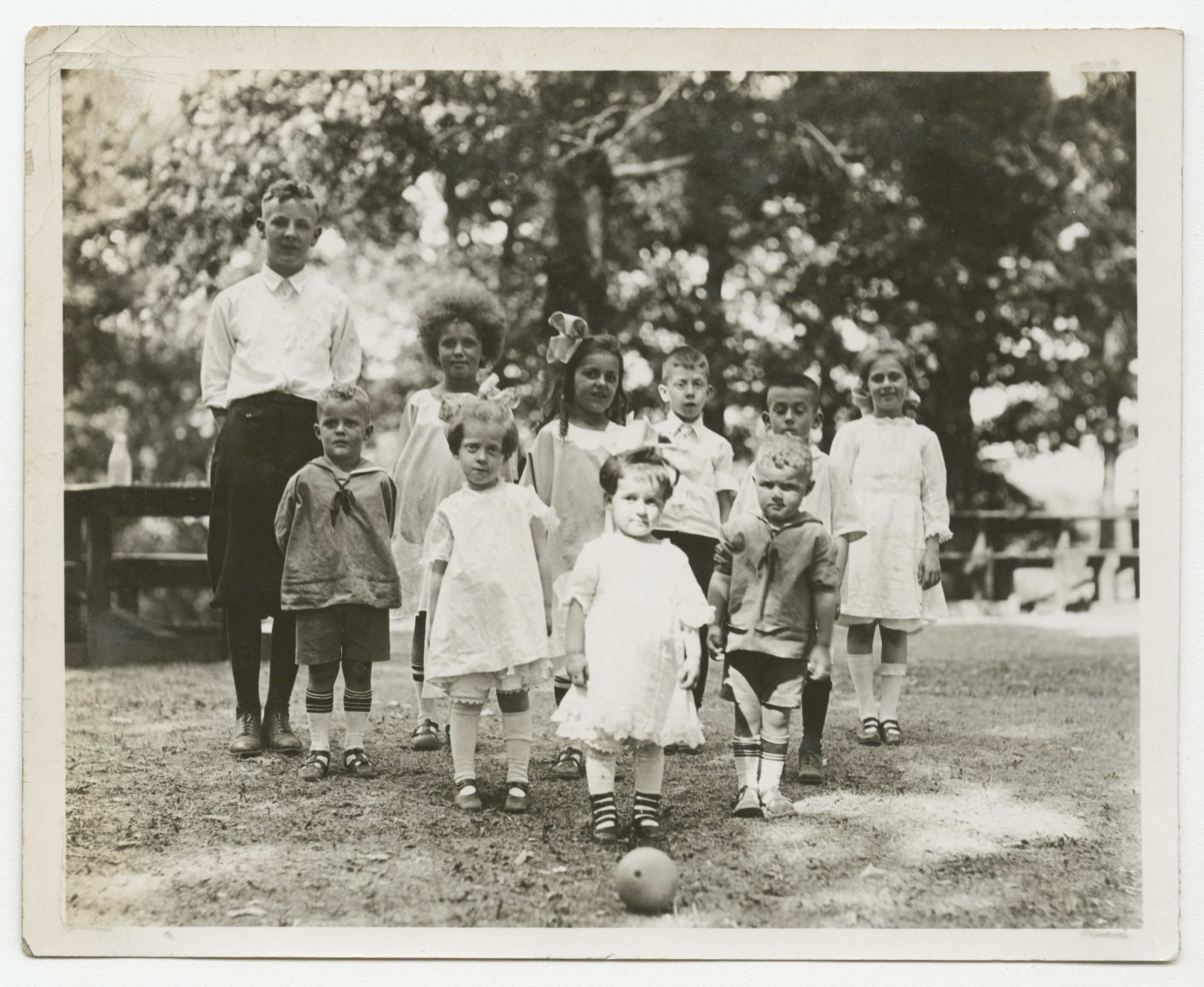 Exploring The Exhibition "A Journey Towards Self-Definition: African American Artists in the Permanent Collection" with Heather Nickels

Upon my arrival at the Memphis Brooks Museum of Art last August, our now former chief curator tasked me with planning an exhibition in our Chandler Gallery, a space historically reserved for photography, and typically featuring the work of famed Southern artists William Eggleston and Ernest Withers. Fairly unfamiliar with the museum’s holdings in my area of African American and African Diasporic art, I first requested lists of all relevant objects from the Assistant Registrar, Maria Ferguson, and began to brainstorm possible exhibition ideas based on themes that emerged from looking at the works.

I was initially surprised to learn that most of our holdings in this area had either never been on view before, or had not been seen by visitors in recent years. As a result, one of the motivations of this exhibition was to showcase work by artists with which the public may be unfamiliar.

For example, while the silver gloves by the fashion designer Patrick Kelly were on view during a Brooks retrospective on the artist in 2005, the majority of the museum’s vernacular photographs (those that represent daily, quotidian life, and often shot by amateur photographers) of African Americans had not been shown since they arrived at the Brooks in 2016 as a gift from a collector.

The exhibition that came out of this deep (and relatively quick!) dive into the Brooks holdings is A Journey Towards Self-Definition: African American Artists in the Permanent Collection. Made up of approximately twenty-five objects, ranging from the late nineteenth-century to the early twenty-first century, this exhibition showcases a variety of media: textiles, photography, painting and sculpture. Some artist’s names will be familiar to tuned-in arts enthusiasts, such as William Edmondson, James Van Der Zee and Gordon Parks, while others, such as Purvis Young, Joe Light, Lonnie Holley and Edwin W. Jeffrey, Jr., may be less well-known to a general public. Holley and Jeffrey, Jr. – both living artists – have found significant success regionally, particularly in the Southern states of Georgia, Tennessee and Arkansas.

The exhibition explores politics, patriotism, interracial relationships, war, stereotypes, religion, history, community and legacy, all of which are categories that directly influence our lives and the ways in which we identify ourselves to others.

While the exhibition focuses on these categories in relation to African Americans, it is my hope that visitors of all backgrounds understand its universalizing message: our identities are made up of multiple descriptors, characteristics, and belief systems, some of which may be at odds with others. The contradictions within us are what make us human and able to connect with one another, despite our apparent differences.

Many of the artists exhibited discovered their love of art in unconventional ways. Purvis Young started painting and drawing while serving time in prison and Lonnie Holley and William Edmonson began creating sculptures through divine visions. A number of the artists in the exhibition created artwork from everyday household items, such as wood, house paint, wire, curtain rods and fabric. By and large, the majority of the artists included in the exhibition operated (at least initially) outside of the mainstream art world as defined by New York galleries and museums. Not only do these artists push the idea of what an artist looks like, they simultaneously expand what art itself looks like.

One question posed by the exhibition is the importance -- and the pitfalls -- of strict categories. What does it mean to be an “outsider,” “vernacular,” or “self-taught” artist? These terms are often used to describe artists such as William Edmondson, Purvis Young and Lonnie Holley in art historical scholarship, as they did not receive a formal arts education. However, Patrick Kelly initially learned how to sew from his grandmother and mother in Vicksburg, Mississippi; Ernest Withers gained photography experience while serving in the Army; and James Van Der Zee created a makeshift photography darkroom growing up in Lenox, Massachusetts; yet they are rarely referred to by these terms, even though they had unconventional training in their craft. So what makes these artists different? What defines a “self-taught” artist? Is that term negated when an artist attends university, classes or is under the tutelage of a “legitimate” and recognized artist? Who is creating these categories and deciding which artists fit? Not only are the categories themselves murky, but so are the identities of those who fall into, or are rejected from, them.

Of all of the works in the exhibition, the ones I find most fascinating are the vernacular photographs by unknown artists. Small and unassuming at first glance, these images convey a lot more than they might seem to on the surface. By grouping together images into twos or threes, I aim to create a narrative that brings up issues of the time and connects to the present. Given the lack of information known about the images (such as the names and identities of the individuals depicted and the artists, the locations, the relationship between subjects, and -- sometimes -- the date when the image was taken, etc.), there is much left to imagination. Working closely with Maria again, we determined approximate dates of these photographs based on clothing and hairstyles. For most of the photographs, we were able to pinpoint relative dates, within a range of ten to twenty years.

Given that the identities of the photographers and subjects remain unknown, some assumptions had to be made in the process of curating this exhibition. Since these photographs were taken by amateurs and subjects in most of them appear to be African American, I argue that the racial identity of the artists and the sitters is likely to be the same. Since the majority of these photographs were taken during Jim Crow segregation, it is likely that the unknown photographers were African American. Based on that assumption, the images of interracial groups are particularly perplexing. This image of children standing outside from ca. 1910-1920 stands out to me in particular.

While at a first glance, the group appears homogeneous, after further inspection – drawing particular attention to the girl in the back on the left - we begin to question if the group is, in fact, exclusively white. While all the other individuals in this photograph can be easily read as Caucasian, the tall, fair-skinned girl with what appears to be an Afro is harder to decipher. Likely of mixed-race heritage, this girl stood out to me immediately when I looked through our vernacular photograph collection, and I knew I had to include it in this exhibition. I have now led several tours of the exhibition with guests of all backgrounds, and have consistently found that African American visitors spot her immediately, and look upon her with pride. They see themselves in this image, and in this exhibition. While the circumstances around why the photograph was taken – perhaps the group was in the middle of playing and simply stopped to pose for a group photo — the very notion that it exists, depicting a moment of togetherness that transcends barriers, challenges the arbitrary nature of racial categories and reminds us of the construct that is race.

As a Black mixed-race woman, I also see myself in this image. For many black arts professionals and visitors, seeing one’s self on the walls of a museum continues to be a rare occurrence. For me, this image conjures up questions about the life of this girl, who lived in the United States at the beginning of the twentieth century. I find myself thinking about her parents, the hostility and rejection she must have experienced, the idea that she must have felt constantly displaced, unsettled and perhaps alone. An image like this gives me hope, and reminds me that others have come before me and experienced abuse, marginalization, or violence in ways that I never will. It reminds me that society has progressed, even if it is not to the extent that I would like. It also reminds me that I am looking at this girl from inside the gates of privilege, from inside a museum in my role as a curator, someone who has the power to share her story, and others’, with the world.  If there is only one takeaway from visitors to the exhibition, or to this blog, it would be that there is so much power in representation, in storytelling, and in narrative-building. And, with that comes serious responsibility.

Back to the blog
Blog menu
Skip to section