The Memphis Brooks Museum of Art is privileged to have one of the best and largest collections of works by Carroll Cloar (1913-1993). In honor of this esteemed artist and to commemorate the museum’s hundredth anniversary, the Brooks created a gallery dedicated to his art. 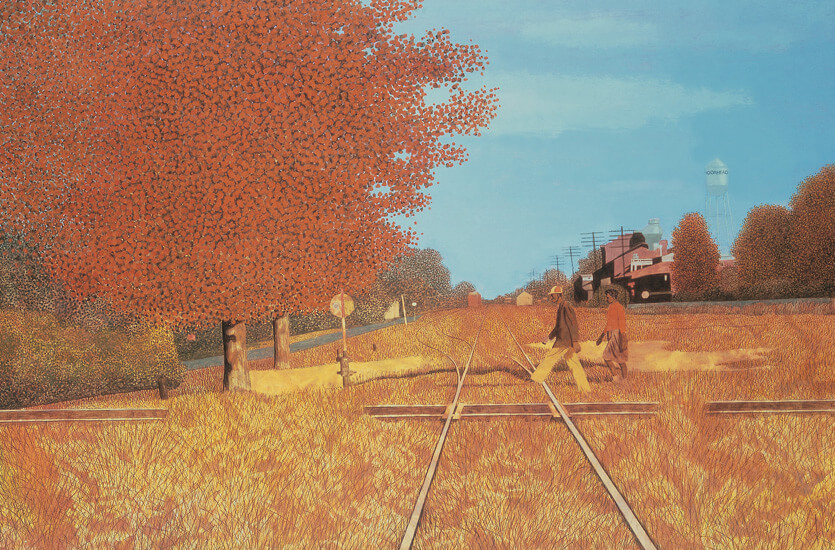 The immense success of the 2013 exhibition Crossroads of Memory: Carroll Cloar and the American South showed that the artist remains one of the South’s most beloved and popular painters. Now, for the first time, museum visitors can count on seeing their favorite Cloars, such as Where the Southern Cross the Yellow Dog and My Father was Big as a Tree, as well as selections from the many rare lithographs and drawings in the Brooks collection.

Born in the Arkansas Delta, Cloar evolved into the region’s most famous painter. As a youth he attended at the Art Students League in New York, and soon after received prestigious McDowell and Guggenheim fellowships, allowing him to journey throughout Central and South America. The artist often noted that literature, particularly by Southern Gothic writers such as William Faulkner or Eudora Welty, greatly influenced his artistic approach.

This installation of Cloar’s art has been paired with examples of rare furniture from Tennessee and Kentucky. These pieces—like Cloar’s paintings and drawings hanging with them—reflect the unique culture and artistic styles which evolved in the Southern United States.

The museum has established a new giving level called The Cloar Circle ($1,000). This is a group of donors at the $1,000 level who wish to celebrate the region’s most famous painter – Carroll Cloar.