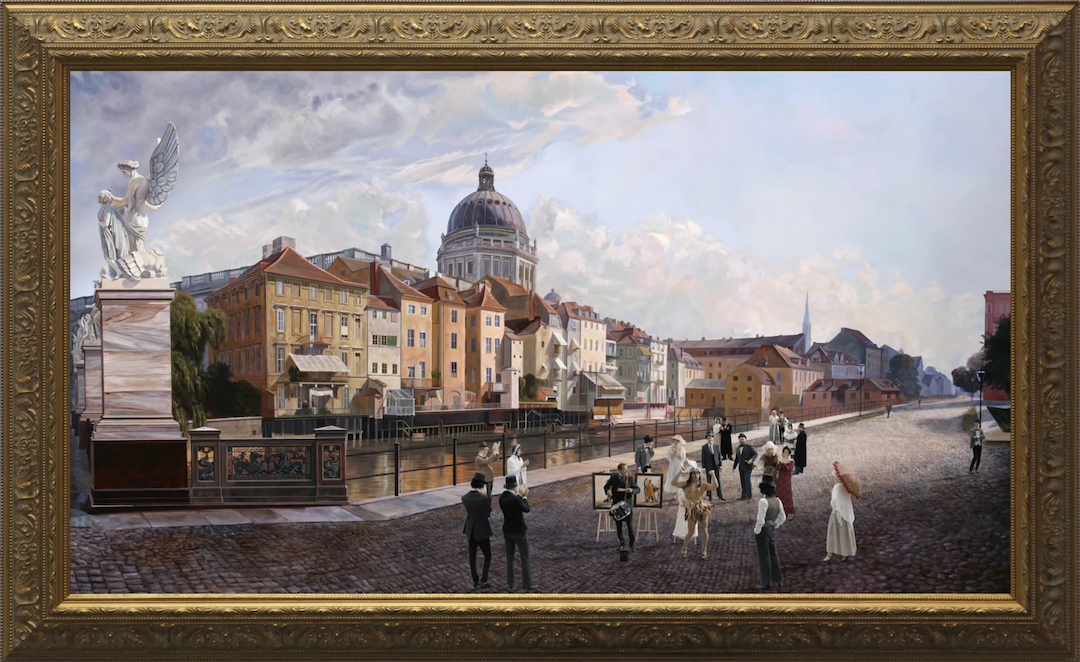 The Human Zoo by Kent Monkman

Experience the Memphis Brooks Museum of Art’s latest acquisition: The Human Zoo (2015) by Cree artist Kent Monkman (b. 1965). Appearing at first glance as a 19th-century European oil painting, Monkman’s “video painting” lures us in through motion and sound to witness American artist, amateur ethnographer, and showman George Caitlin (1796-1872) accompanied by a real “live Indian”: Monkman performing as his drag alter ego Miss Chief Eagle Testikle. Through humor, Monkman uncovers the horrific and exploitative history of “human zoos”: outdoor displays featuring African, Asian, and Indigenous peoples in enclosures like zoo animals or scientific specimens that were popular from the nineteenth century into the 1950s.

Kent Monkman (b. 1965) is a member of Fisher River Cree Nation in Treaty 5 Territory (Manitoba) and lives and works in Dish With One Spoon Territory (Toronto, Canada). He is widely known for his provocative interventions into Western European and American art history, working in painting, film/video, performance, and installation. Monkman’s bold, gender-fluid alter ego Miss Chief Eagle Testickle—a play on the words "mischief" and "egotistical”—often appears in his work as a time-traveling, shape-shifting, supernatural being who reverses the colonial gaze. She embodies the Indigenous Two Spirit tradition, with which Monkman identifies, embracing a third gender and nonbinary sexuality.