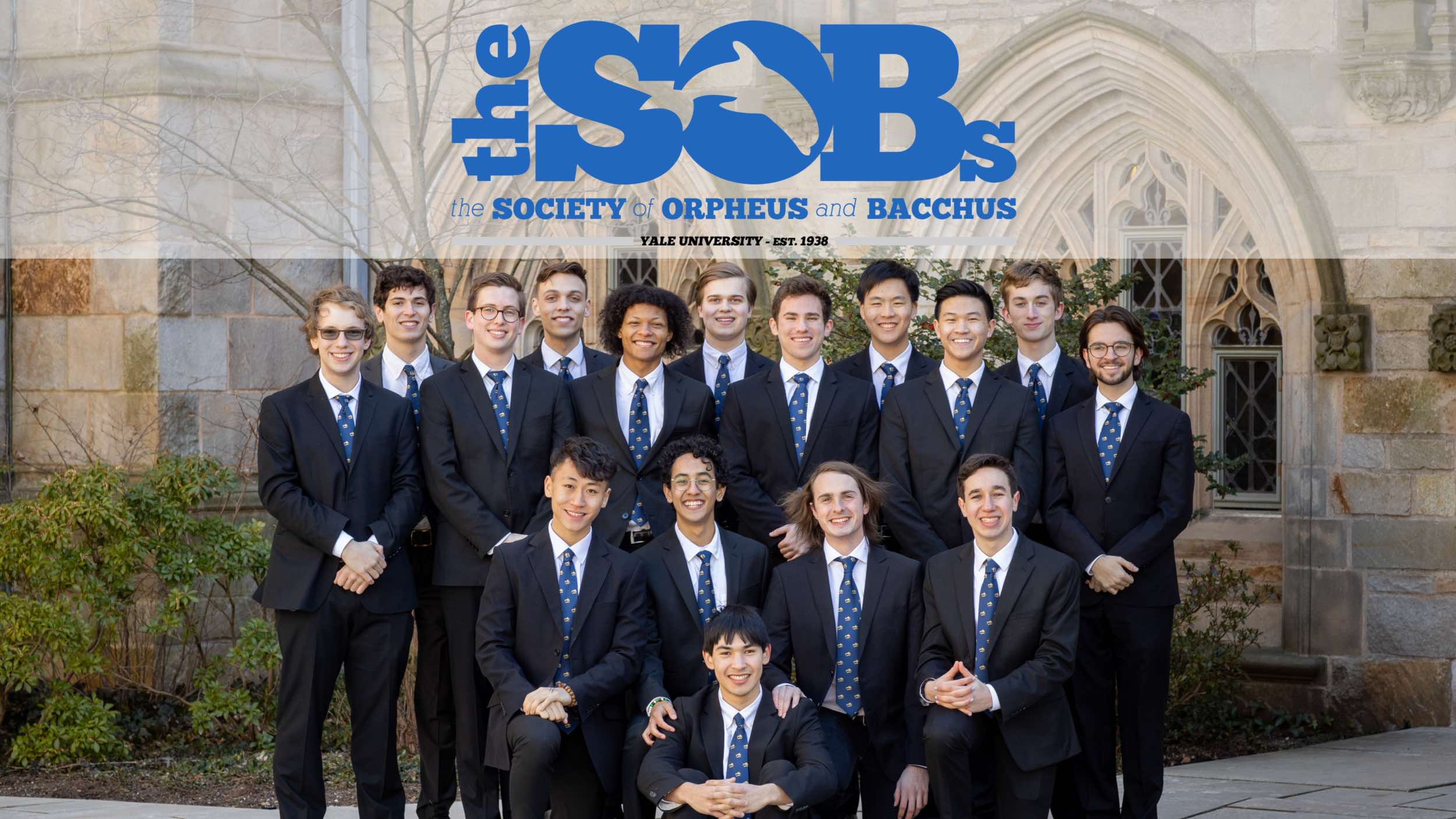 Voices at the Brooks: Yale Society of Bacchus and Orpheus Concert

Come hear the Yale Society of Orpheus and Bacchus, the second-longest-running collegiate a cappella group in the nation, at the Brooks!

The Yale Society of Orpheus and Bacchus is the second-longest-running collegiate a cappella group in the nation. Their enormous repertoire spans more than seven decades and includes traditional, jazz, blues, rock and roll, and original compositions.

Known for injecting a healthy dose of comedy into their performances to make each concert engaging and unique, the SOBs have delighted audiences across the nation and globe with their unique blend of showmanship.

With a blend of musical excellence, spontaneity, and laughter, the SOBs have kept audiences around the world entertained for over 80 years and promise to continue uplifting and inspiring for decades to come.

Please join us for refreshments and mingling before the 6 p.m. concert in the Brooks Hohenberg Auditorium.

Open to current Brooks members and alums of Yale, Harvard, Brown, and Penn, for your safety attendance is limited to 150 guests.