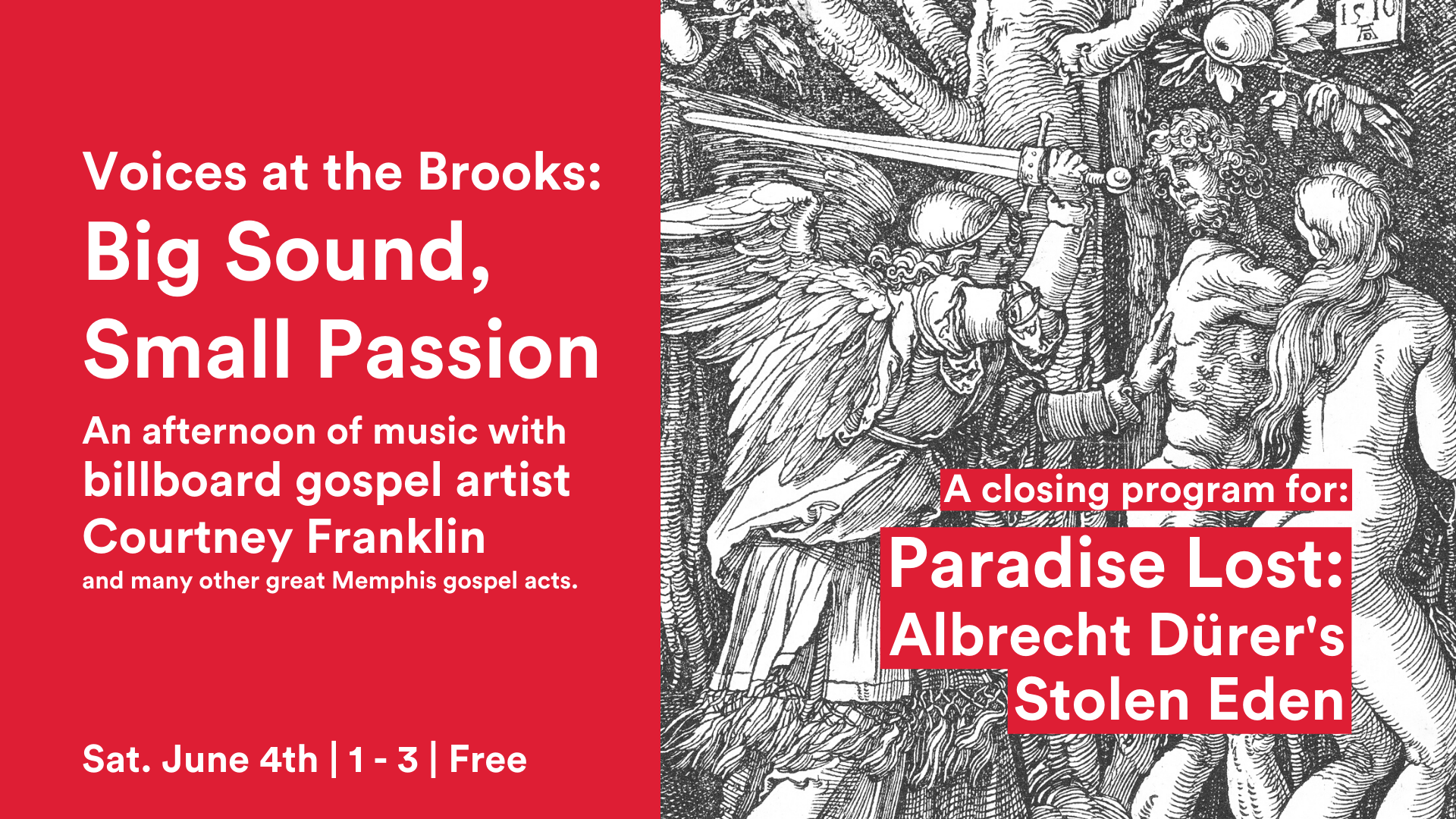 Join billboard gospel artist and host Courtney Franklin along with many more great Memphis gospel acts in an afternoon of performances at the Brooks to mark the closing weekend of Paradise Lost: Albrecht Dürer's Stolen Eden.

Paradise Lost, on view through June 5, celebrates Dürer's unprecedented and arguably unsurpassed mastery of the woodcut technique, explores his place as one of the leading artistic figures of the European Renaissance, and marks the first time the Brooks Museum's Small Passion series has been shown in its entirety in almost fifty years.