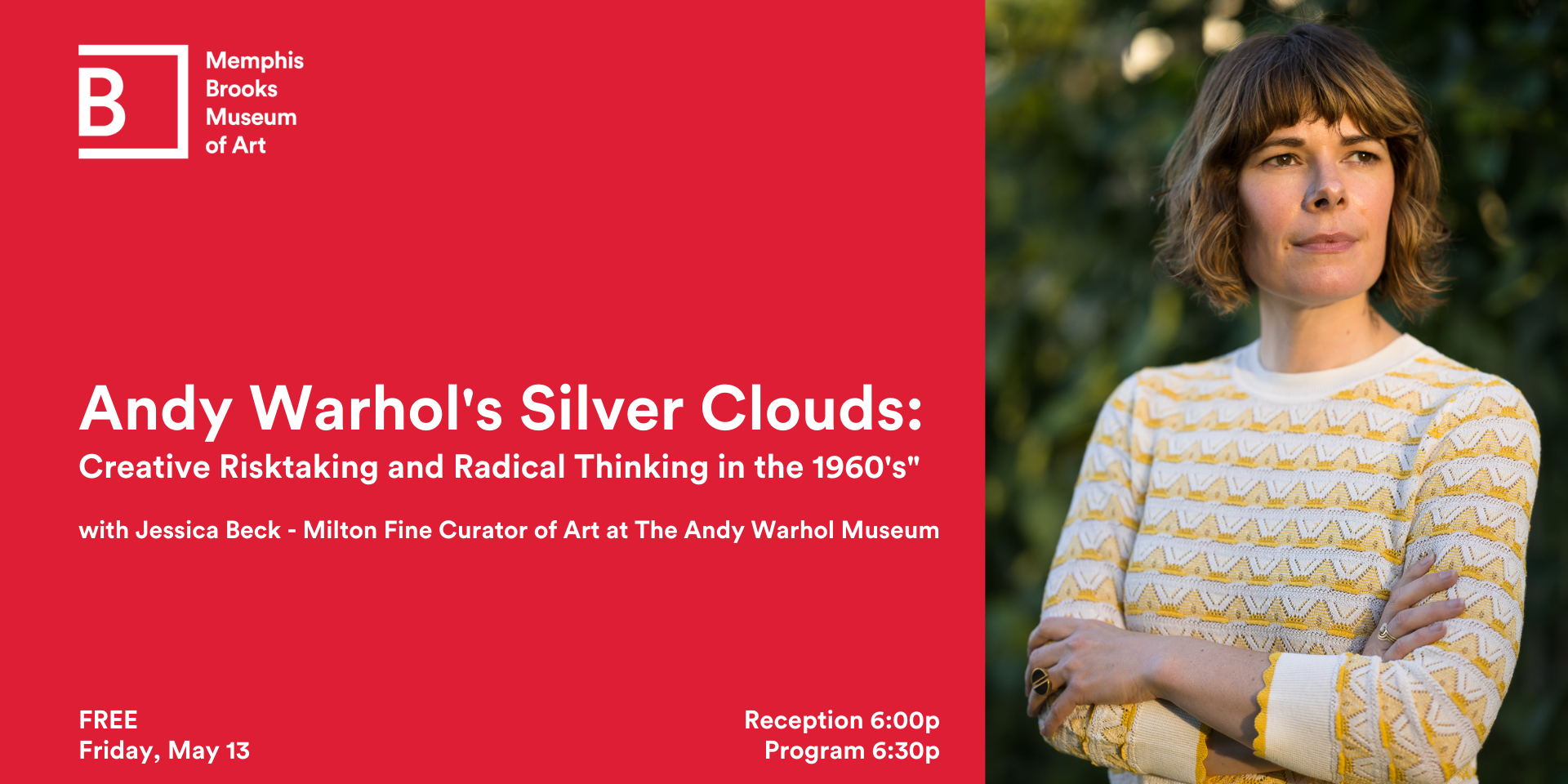 Jessica Beck will discuss the creative process that Warhol employed to produce the Silver Clouds in person at the Brooks . She will also contextualize the series within Warhol's artistic production in the 1960s -- a particularly productive period when Warhol was straddling the elite circles of the New York gallery world, while also collaborating with musicians, poets, and fellow artists in the underground scene of his Silver Factory.

Jessica Beck serves as the Milton Fine Curator of Art at The Andy Warhol Museum and is a writer and scholar. She joined The Warhol as assistant curator in 2014 and has curated over twelve exhibitions during her tenure. Her most recent project Marisol and Warhol Take New York debuted at The Warhol in October 2021 and will travel to the Pérez Art Museum Miami in April of 2022. Her notable curatorial projects include Andy Warhol: My Perfect Body (2016); Devan Shimoyama: Cry, Baby (2018); and Kim Gordon: Lo-Fi Glamour (2019). Beck has published essays for the Whitney Museum of American Art, the Cantor Center for the Arts, Gagosian Quarterly, and Burlington Magazine. In 2017 and 2018 she served as the visiting scholar at Carnegie Mellon University’s School of Art. Currently, Beck is at work on publishing new research on Warhol and Basquiat’s collaborative works for the Louis Vuitton Foundation and continuing her research on the connections between Warhol’s “Last Supper” paintings and the AID’s epidemic of the 1980’s.