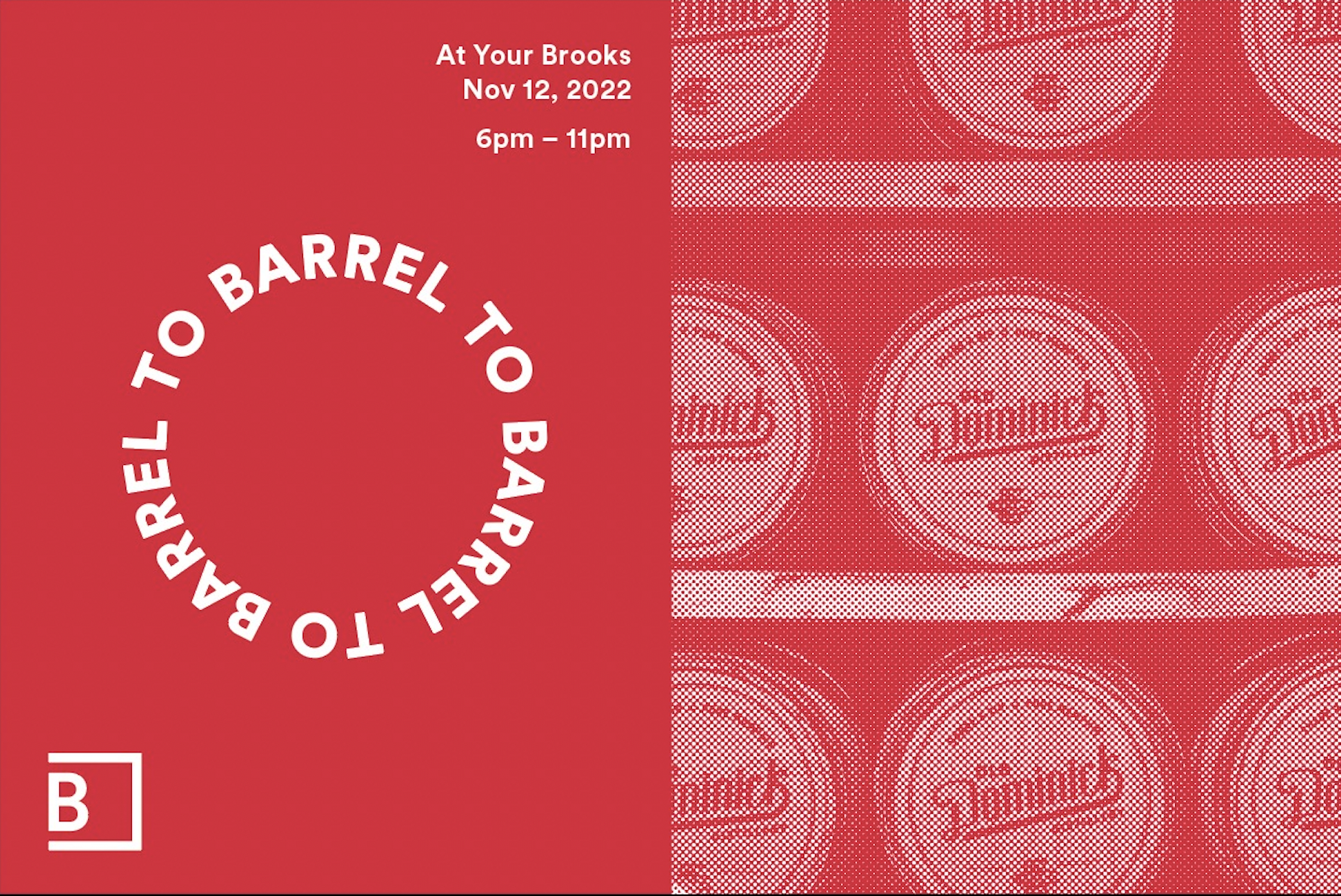 For over 30 years, the Memphis Wine + Food Series has been the premier fundraising event for Memphis' art museum. Held annually, the series unites hundreds of art, food and wine lovers in support of the Brooks’ world-class education programs.

This year, the Memphis Wine + Food Series is making a comeback as Barrel to Barrel, a single party and grand auction celebrating not only fine wine and food but also craft bourbons, and – of course – art.

Get your tickets now.

2022’s Barrel to Barrel will bring together renowned chefs, prominent vintners, outstanding distillers, and highly collected artists. Leading collectors and some of the world’s most prestigious wineries and distilleries donate spirits from their private cellars as highly prized auction items.

Attracting hundreds of wine, bourbon, and food enthusiasts and industry tastemakers, Barrel to Barrel is designed to appeal to a diverse audience of affluent consumers of luxury lifestyle goods and services, as well as to guests who care about expanding arts education in the community.

For our inaugural Barrel to Barrel, the Brooks is delighted to spotlight Ink Grade Estate and Burgess Cellars, two of the distinguished Napa wineries in the Gaylon Lawrence portfolio.

Rooted firmly in the Napa Valley, Ink Grade makes single-vineyard wines of remarkable intensity and grace. They are the product of rugged terrain perched atop the VacaRange, on the east side of Howell Mountain.

It is a heritage that defines special wine estates and inspires our founders, Master Sommelier and ManagingPartner Carlton McCoy and the Lawrence Family. Established in 2020, Lawrence Wine Estates tells the stories behind family-owned wineries and honors their legacy.‍

Burgess Cellars is the culmination of 150 years of farming tradition on the vertiginous slopes of Howell Mountain. From the Swiss-Italian ancestors who first planted our Estate Sorenson Vineyard to now, we strive to create wines of elegance and finesse that honor our roots in the Napa Valley.

Meghan Zobeck has worked harvest in several wineries around the world including, Clos Apalta in the Colchagua Valley, Iuli in Piedmont, Michel Rolland’s Chateau Fonteniland Bon Pasteur in Bordeaux, Bethany in the Barossa Valley, as well as Screaming Eagle and Stag’s Leap Wine Cellars in the Napa Valley. Meghan was named Winemaker of Burgess Cellars in 2020 and is particularly passionate about marrying old world/historic Napa with low intervention winemaking styles and regenerative farming.

150 Years Ago, only the finest of whiskey was labeled Old Dominick and sold in downtown Memphis. Five generations later and in a state-of-the-art distillery, a revitalized Old Dominick remains dedicated to providing only the highest quality of spirits and stays true to family values by never compromising the commitment made many years ago. Established in 1866 by Domenico Canale, fifth-generation grandsons Chris and Alex Canale opened the Distillery in the heart of downtown Memphis in May of 2017.

Catherine Erb’s luminous photo-based works capture a spirit of the sublime in everyday life. Her practice is a meditative process, exploring and revealing the radiance of the present moment and the complexities of relationships among people, places, things, as well as things unseen. Merging photography with painting, she has developed a method to create surfaces that feel both vulnerable and complex.

Erb is a native Memphian whose fascination with photography began in the late 80s when she had unlimited access to a camera and darkroom. After high school, she moved to Europe to work with photographers for several years before returning to Memphis. She continued to use her camera as a tool for visual journaling, and after discovering a digital darkroom, she began exploring alternative printing formats to create more extensive, conceptual bodies of work. She has had solo exhibitions in Nashville and Memphis, Tennessee; Austin, Texas; Savannah, Georgia; and Greenwich, Connecticut. Her work has been featured in Architectural Digest, Elle Décor, The New Southern, and Nashville Arts Magazine.